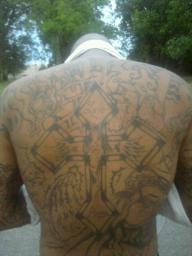 Some of us white people have heard the question, “It’s because I’m black, right?” from an African American at least once, but you wouldn’t expect to hear it from your own brother, especially only a few months after reconnecting.  I did. In this mind-bending situation, I get it.  As you can see, he has a lot riding/writing on his back.  Although all 5 of us kids were taken from our mother at the exact same time, we all have very different stories.  My memories before and during being a member of “the system” has the power to bring me to tears in an instant, but..I wouldn’t want to trade places with K—.

Considering K— was first born of the twins, it makes sense to start with him. K— is definitely a multi-dimensional character. He has a charismatic personality with a flair for the arts.  I have witnessed with my own eyes the magic his gorgeous smile has on those who first meet him, which was in direct contrast with the pics he has posted on Facebook. His twin explained to me that the pics of him shooting a mean look at the camera is called “Mean Muggin.”  This term is one of many I have been schooled in since meeting the adult version of my twin brothers.

It’s uncanny how K— has the same adventurous personality he had as a toddler.  Being the older sister, I can testify to at least 1 or 2 dangerous moments he had in my care.  The one that stands out the most was when he was 2 and coerced his twin to go swimming in the backyard pool without my assistance.  Thank God I found them as they were thrashing in the water, otherwise we would have a completely different story.

From the stories he and his brother shared with me, his sense of adventure wasn’t much different as he grew into adulthood. Englewood, Illinois provided him all the danger he craved. Unlike most gang members, he survived a bullet meant to be retaliation for a crime an opposing gang felt he had committed.

Intertwined with my relief, anger has reared its ugly head since the twins have come back into my life.  Why children entering the foster care system in one county were relocated to a community 2 hours away from their white siblings, doesn’t make sense no matter how it is explained to me. Who had the brilliant idea to take bi-racial children and place them in a predominately black, gang riddled area?  I would love this person to explain it to me again, because I’m a little slow at comprehending bigotry.  I’m so angry!

If I’m angry, K— is, well, I’m not sure there is a strong enough word for the what he feels.  Yes, we all agree that he can’t live in the past and he is responsible for his actions, but K– had too much skin pigment for the whites and too little for the blacks.  Again, this was the 70’s, early 80’s.  Luckily for K—, not everyone rejected him; the gangs loved him and he loved feeling like he belonged..while it lasted.  Like any good gang banger, he found his way to prison.  Not only did the majority of his education come from the streets, his role models and mentors were found in jail.

Our first meeting took place less than a week after DCFS reconnected us and it was glorious! It turned out, we both had spent years trying to find each other. The kicker was that he didn’t expect a blonde, blue-eyed sister or mother, for that matter.  On the other-hand, he was everything I had imagined. Tall, good-looking, sweet.  So I wasn’t prepared for the intense emotion that would pour from him.  I’m so grateful we were able to squeeze in one amazing car dance to “Rolling In the Deep” by Adele before he unraveled into something I didn’t recognize.  Watching his liquid movements reminded me once again of the toddler version of him for a brief, lovely moment. I’m not sure how it happened, but one minute he was gigglin’ like a kid and the next he was screaming on the top of his lungs, “I wish our mother aborted me!”  How was I to respond?  The agony of saying good-bye to my then 3 year old twin brothers returned with a vengeance.

What’s worse is that the twins assumed they were probably the product of rape of an innocent white woman, which was the furthest thing from the truth!  I held him as he sobbed.  A familiar maternal feeling washed over me.  My mother left a 10 yr old me alone to care for my twin brothers and now she left me alone to deal with their pain as an adult.  Just as I failed to protect them then, I am failing now. I wonder if things would have been different if he knew I was dying a little everyday not having them in my life during those long 31 years.  They were loved!!! 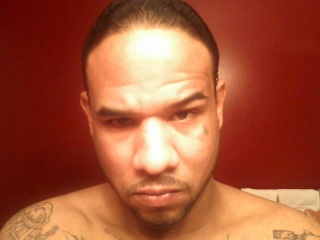 The good lookin’, smiling guy is the one I know 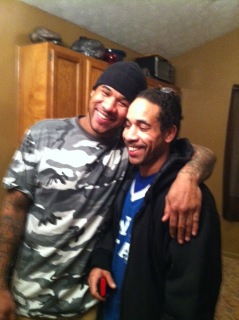 Leave a Reply to DeeJourney of a Fab Mom Cancel reply 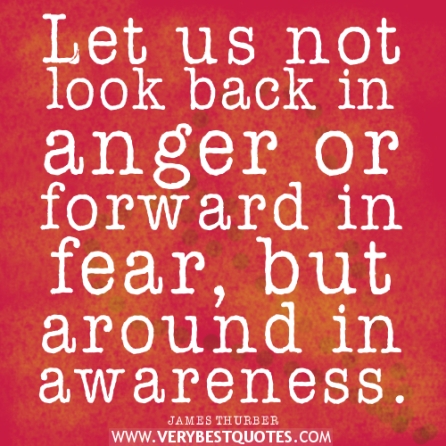